In this post I want to introduce a project I’ve been working on lately.

The project is named TypedAutobahn. It is a project that aims to bring strongly typed programming style for WAMP in TypeScript.

I don’t intend to write here much about WAMP. WAMP (not to be confused with Windows Apache MySQL PHP) is a protocol that provides patterns of Remote Procedure Call and Publish/Subscribe. WAMP usually runs over WebSocket + JSON, but other options exist as well (such as RawSocket and MsgPack). WAMP has various implementations in various languages.

I have written a C# implementation for WAMP, which provides both client and router support, it is called WampSharp.

One of the features WampSharp provides, is some reflection-based api for the WAMP roles. The api reminds a bit WCF’s ServiceContracts. For instance, in order in to call a procedure, we define the following contract:

and then request a proxy for it and call the procedure:

(This code isn’t complete, I am omitting for clarity the code that setups the WampChannel object denoted as the channel variable).

Similarly, registering a procedure is done in the following way:

Define a contract and implement it:

then register an instance of it:

AutobahnJS is a WAMP client library written in JavaScript. It runs both on Node.js and browsers. It has been written and maintained by the Crossbar.io team which consists of the people who have created WAMP. AutobahnJS is very popular among WAMP implementations.

As before, similar api exists for Publish/Subscribe roles.

Although AutobahnJS api is very simple, it might be challenging to consume services which have a large domain.

Suppose you have written a service that takes a use of lot of contracts in C#. Suppose that now you want to consume that service from JavaScript. It might be challenging to be familiar with all service aspects from JavaScript, since JavaScript is a dynamic-typed language, i.e. has no “hard-coded types”, and therefore you don’t have intellisense.

So you might consider using TypeScript, which allows you to define types and interfaces and enjoy advantages of static-typed languages (such as intellisense) for JavaScript programming.

It would be nice if we could just “export” our domain written C# to TypeScript, so we could immediately start consuming our services from TypeScript. This is what TypedAutobahn attempts to achieve.

TypedAutobahn currently consists of two parts: a (relatively small) TypeScript library which consists of types and methods that are been used by generated code, and a code generator written in C# which generates code based on given contracts.

For instance, suppose we have the following contract in C#:

Running the code generator for this contract yields some code which contains the following contracts:

A class named IArgumentsServiceProvider which allows us to consume the services is also generated.

Consuming caller services with TypedAutobahn has the following form:

The nice thing is that we have intellisense - the editor gives us auto-completion for proxy methods and for their return values. Also, we don’t need to be worried about the WAMP procedure uris - these are specified in the generated code. The sample here is rather simple, but the generator also generates contracts for composite types your methods receive/return.

This is even more incredible than it looks: if we’re targeting Node.js, we can use async/await:

Similarly, we can register WAMP procedures using the IArgumentsServiceProvider. Consider this implementation for instance:

We simply register it using

This registers all methods of the IArgumentsService contract, using the procedure uris specified in the C# code. Note that the methods no longer receive an arguments array that needs to be manually unpacked, but TypedAutobahn unpacks it automatically: first it searches for positional arguments, and if those aren’t present, it searches for keyword arguments having the names of the method arguments. If none of these are found, the default value specified is used.

I made the TypedAutobahn repository public not long ago. You can find it on GitHub.
There are a few things that are missing: regarding features, there is currently no support for publisher role.
Regarding other stuff: some work on deployment needs to be done: the project currently targets Node (since it uses export/import syntax). A build that creates a version that is browser-friendly should be set. Also, a package for npm/bower/NuGet should be created and published automatically on builds.
I should probably open GitHub issues regarding these. Any help on these or on anything else would be appreciated! 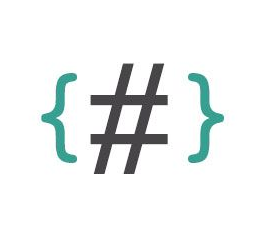